According to the Bureau of Consumer Financial Protection’s biennial report, the total number of credit card accounts and enrollment in online services have increased over the last couple of years, and over 75% of U.S. consumers now own credit cards. In fact, in 2017 the number new accounts activated almost matched pre-recession numbers – reaching over 91.6 million in the third quarter of the year. The growing number in credit card ownership continues to shift the shopping habits of consumers from traditional in-store purchases to online and even in-app transactions. Unfortunately, the increase in credit card usage, especially online, has also led to an increase in credit card fraud according to a recently released report from the FTC. The report reveals that not only did credit card fraud top the list of identity theft complaints received but also that it increased 23% from the previous year. 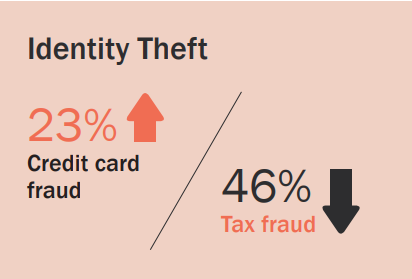 The Cost of Credit Card Fraud

Last year’s reported credit card fraud increase was part of a steady multi-year growth in this type of fraud that has been occurring since 2013. While the introduction of EMV chip cards has decreased “card-present” credit card fraud, in which a counterfeit card is physically presented to the merchant, EMV chips have driven fraudsters to commit more “card not present” (CNP) fraud. A recent report by Javelin revealed that in 2017 CNP fraud was 81% more prevalent than card-present fraud.

According to the US Payments Forum report, CNP fraud is predicted to continue to increase more than $3 billion from 2015 to 2018. However, despite these staggering numbers, in 2017 the average consumer only lost a median of $429 and 79% did not experience any financial loss at all. So who is footing the bill for this fraud? Financial companies like yours! In 2015, global credit card and debit card fraud resulted in losses amounting to $21.84 billion - and card issuers and merchants incurred 72% of those losses.

The continued increase in credit card fraud, even after the adoption of EMV chips, and its associated costs should urge financial institutions to look for solutions to not only reduce instances of this fraud but also the tremendous impact it can have on their bottom line.

Reducing the Impact of the Fraud

For this reason, we urge financial institutions to also put into place programs and services that help to identify and stop the fraud earlier. Doing so can not only reduce the duration of time the fraudster can rack up charges and the resulting costs your institution needs to foot the bill for, but also differentiate your organization from the competition. Nearly all credit card issuers already have fraud prevention services in place that monitor for and alert customers about suspicious activity on existing card accounts. However, many financial institutions are still lacking services that alert customers about new card accounts being opened in their names, and with new credit card account fraud rising this past year – that type of fraud is certainly one companies should be proactive about reducing as well.

Comprehensive identity protection from Generali Global Assistance can help fill in that gap, and in doing so not only help save your financial institution money but also help you stand out amongst other financial institutions. Our credit monitoring services will alert your customers when new accounts with your organization and other creditors are opened in their names, allowing them to identify the fraudulent ones and close them out quicker. Additionally, our identity monitoring scans for accounts that do not typically show up on credit reports, such as payday loans and telecom accounts. And when your customers do learn about fraudulent accounts, our award-winning Resolution Team will assist with closing them out on their behalf and resolving any other associated fraud.